The largest limestone quarry in the Netherlands, since 1926 operated and managed by ENCI Maastricht, is expected to end its limestone mining by July 2018. The production of clinker bricks is to end a year later, by July 2019. The ENCI however will continue its production of cement, but with imported bricks from Belgium. The gradual transformation of the quarry in the past couple of years, resulted in a festive opening on April 12. The stairway (built in 2015) is now accessible for the public and a new walking path in the ENCI quarry allows the public to enjoy and experience a unique natural reserve. The following series of photographs were taken by Fernand Paulissen. Click on each image for a large version.(text continues below images) 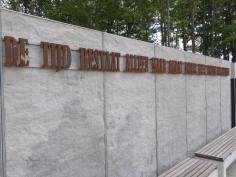 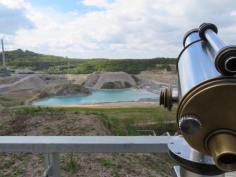 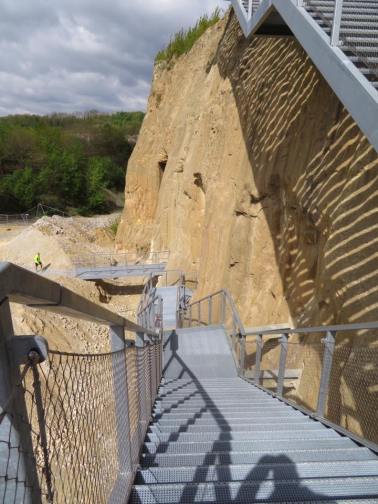 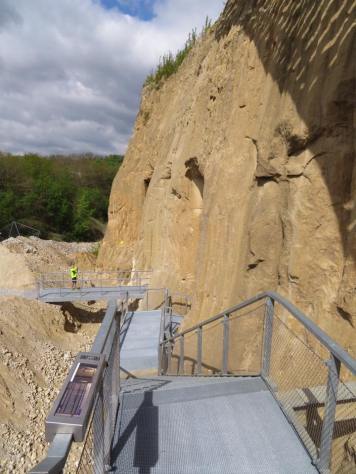 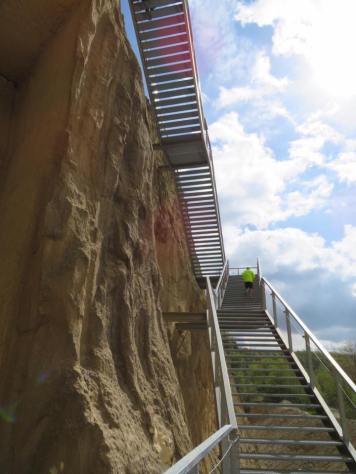 Plan of Transformation
The Plan of Transformation for the limestone quarry is designed to meet multiple goals. Apart from restoring nature and securing ample space for biodiversity, the recreational-hospitality angle as well as offering business opportunities for triple bottom line construction companies, are taken in consideration. It all seems to make perfect sense now, but there was a time when just a handful of concerned citizens had to fight real hard to get their message across and heard where it mattered. The ENCI STOP foundation is now counting the days until the limestone quarry is finally out of order on July 1 in 2018.

ENCI STOP
It’s safe to say that their continuous efforts and lobbying were imperative for those political decisions that would really impact the future of the ENCI quarry and the entire surroundings of Mount Saint Pieter. Against all odds, as some may have felt fifteen years ago, in a positive way, for nature conservation. Mount Saint Pieter won. At the time, there was a lot at stake, since the ENCI also provided for many job opportunities throughout the decades. But gradually, it wasn’t just nature lovers, or scholars and scientists, or the inhabitants of the former village St. Pieter who were objecting to more mining or even the destruction of D’n Observant, the mountain that came to be thanks to the many years of ENCI’s mining and digging for limestone. (text continues below images)

With honors
Some people need to be mentioned. Dr. Theo Postmes, who sadly passed away in 2002, was as passionate about stopping the ENCI as he was about bees and his medicinal honey ointment. He would have been very proud of what his fellow-activists in Stichting ENCI STOP managed to achieve by motivating other Maastricht residents to consider the consequences of more mining and to speak out against it.

And then there is Elly Magnée, who by founding the association to save Mount Saint Pieter, “Vereniging tot Redding van de Sint Pietersberg”, also known as VRSP, enabled the fenced off-leash area on Mount Saint Pieter for dogs. She drew attention to the damaging extraction of groundwater, by ENCI, and protested heavily against ENCI’s waste incineration. The VRSP merged with the ENCI STOP foundation when Elly Magnée passed away in 2009. (text continues below images. click image for large version) 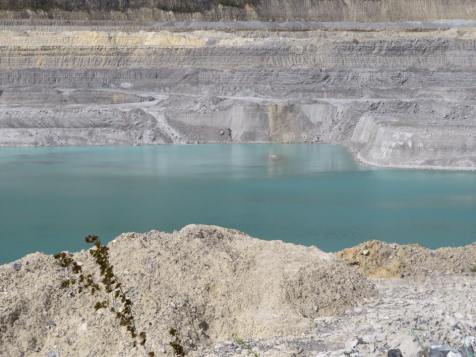 Collaboration
A unique negotiation process, or collaboration process had been set into motion. The Maastricht Municipality, the Province of Limburg, the ENCI, as well as the association Natuurmonumenten and representatives of the interest groups reached and signed an agreement that would mark not only the history of the limestone quarry and its environment, but also celebrate the tenacity and perseverance of Maastricht and St. Pieter residents. Securing the future of a historical site, combining elements that will serve people from all walks of life: That’s quite the achievement indeed!

From 2009 until 2012, students of the Faculty of Art and Social Sciences participated in a research project about the history and development of the ENCI quarry in relation to Mount Saint Pieter, the city of Maastricht and its citizens. Dr. Ernst Homburg supervised this Bachelor project and its sixteen contributors. The foundation Stichting Oud-Sint Pieter, curator of the Sint Pieters Museum (open from April 30 – November 5, 2017, every Sunday 12:00 – 16:30 hrs), proudly presents the outcome of the project on their website. “The students write about our home, our history and our surroundings. This way we can make their findings accessible to the public at large, for anyone who takes an interest in our history, the quarry and Mount Saint Pieter,” the foundation explains.

Entrance 1: Stairs at the end of the Luikerweg
Entrance 2: Chalet D’n Observant, pass Lage Kanaaldijk 115 and follow signs D’n Observant across the barrier